Why You Need a Specialist

Why you absolutely need a bat removal specialist 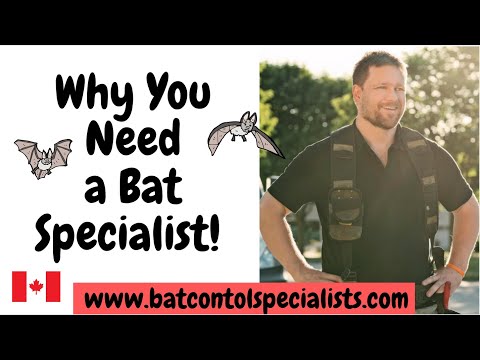 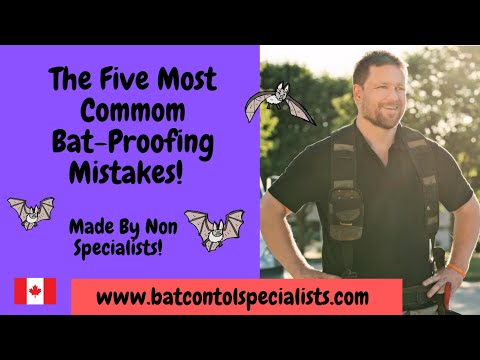 Why You Need a Bat Specialist (And Not a Wildlife Generalist)

My name is Benjamin Vaughan and I am a residential bat specialist in Ontario. If you haven’t already I recommend that you first watch my video on bat basics. That video explains why and how bats get into our houses & living spaces.
Each year hundreds of people across Ontario hire us to come out and bat proof their house and humanely exclude the bats, this is the only way to stop bats from living in your house. I always tell everybody that I only have two types of customers. some hire us because they want it done right the first time and some are hiring me because they want it done right this time.
You see among the many thousands of phone calls and emails I get every year, many are from homeowners who have previously hired a non specialist to try and fix their bat problem.

Now the details vary, but the call always goes something like this. We hired someone local, we paid them a bunch of money, and we still have bats. I put off making this video because I don’t want to be slagging wildlife guys and there is an obvious conflict of interest here. I believe these guys mean well. I think that their hearts are in the right place. I think they’re trying to help, but they fail. It usually looks like they were trying to fix a bat problem using raccoon or squirrel methods.

I was speaking to a lady in Belleville and obviously she has bats but in the last 3 years she has had 5 different companies out there trying to fix her bat problem. So far she has spent thousands of dollars and of course she still has bats. We have looked at her house and we figure this is going to cost several thousand more to fix. Now the truly sad part is that if she had called me 3 years ago, she would have saved several thousand dollars. But unfortunately I am going to have to undo a lot of work done by generalists and redo it properly. And yes that is going to make it more expensive.

Many of the homeowners who hired a generalist company to bat proof the home assume that most of the bat-proofing was done and all I have to do is find the one or two spots they missed and therefore this will be an easy and inexpensive fix, but actually I will have to go over every inch of their work and repair, reinforce and redo much of what they have done. And this will take more time and cost more money.

To say that this is upsetting for many of the victims of a crappy bat-proofing job is an understatement. In fact many of these people have gotten quite upset at me when I tell them this reality. Now they are not really angry at me, they actually mad at the other guy but he is not there, and I am.

If you are listening to this and you were ripped off by a non specialist let me just say that this is not your fault. Nobody ever hires anyone who sounds incompetent, lack confidence or wouldn’t guarantee that they could fix your bat problems. Everyone ripped off by a non specialist was given verbal promises and written guarantees. Now, I am not saying that there are no non specialist companies out there that can do bat work effectively. What I am saying it that in my 30 years of doing this I don’t know of one. I imagine that if a company is doing good work, I never hear about it because no one would call me to say “ hey Benjamin I hired a local non specialist. They did a fantastic job. No more bats since.” But, I do hear the opposite all the time.